History of the Violin

This episode of the Music History Podcast will only cover the history of the violin. I would like to limit the scope of this discussion to only the history and perhaps another future episode may be about how the instrument is actually played.

Episode Number: 001
Title: The History of the Violin
Infroduction Music: Chaconne for Violin - J.S. Bach; obtained from the wikipedia commons.
Narrated by Nicolas Caporale and originally recorded on August 9th, 2007 and re-recorded November 29, 2012

The violin is the highest pitched member of the violin family, which also includes the viola, violoncello and the double bass. The word violin is thought to have come from the Middle Latin word vitula, which may have been named after the Roman goddess Vitula, the goddess of joy. The word vitula evolved along two paths, eventually becoming the words violin and fiddle. Vitula evolved into fides, which then evolved into fithela (Old English), to the Modern English fiddle. Concurrently, vitula evolved into vielle in Old French, and then into the Medieval word vyell. Vyell served as the source for violone, which was a generic term for instruments of the viol family, and also the source for the Old Provencal word, viola, which was the generic term for instruments of the violin family.

There are a few conflicting explanations of where the violin originated and what it evolved from, but we do know that the first violins that resembled the modern violin began to be built in the early 1500’s in Italy. Stringed instruments have been recorded in history as early as 5000 B.C.E. During the classical antiquity the zither (which is basically a box with a sound-hole and various strings stretched over the length of the box) and lyre were stringed instruments that were plucked rather than bowed. At some point in time the bow was invented but it is not clear whether it originated in Northern Europe, the Near East or Central Asia. A possible origin for the bow could have evolved from the Mongolian instrument called the morin khuur. The morin khuur consisted of two strings; one string was made of 130 stallion hairs and the other of 105 mare hairs. The bow was made of horse hair as well. The Mongols were an equestrian people (meaning that the horse was an important part of their culture) and so it could be assumed that the Mongols or another equestrian people invented the haired bow. Today we continue to use bows made from horse hair. Bowed stringed instruments like the rebab and rebec, which came to Europe from Arabia and Persia through Northern Africa and into Spain are considered precursors to the violin, though not through any direct line. In the 11th century C.E. the rote was created as an attempt to duplicate the classical zither but with an additional fingerboard so that the strings could be shortened by pressing them against the fingerboard at various points. The rote was superseded by the vielle about one century later and was used by the troubadours and jongleurs of France up through the 15th century. Gradually the size of the instrument grew, crescent shaped sound holes were added to the body and a bridge or tailpiece replaced the plaque that held the strings in place. The vielle gradually transformed into the viol of the Renaissance period. The viol family contained the viola da gamba (which was a viol held between the legs and bowed underhand), the viola da braccia (which was a viol held against the shoulder) and the latter of the two evolved into the violin. Eventually the viola da braccia’s crescent shaped sound-holes were replaced with holes shaped like the letter “F”, the number of strings was reduced to four, and the tuning was changed from all fourths (with one major third) to all fifths which was easier to play on small stringed instruments. This new instrument known as the violin emerged between 1500 and 1520.

Andrea Amati, who lived roughly between 1500 and 1577 C.E. is said to have built the first true violins upon being asked by King Charles IX of France to develop a new instrument that was comparable to the lute. France was on good political terms with Northern Italy at the time so this is enabled the violin to spread so quickly from Northern Italy to France. The oldest surviving violin (with a date) was made by Andrea Amati in 1564 and is named “Charles IX”. The Amati family continued to make superb violins over the next couple of centuries in Cremona in Northern Italy (now in the region of Lombardy). In the late 17th century another Cremonese luthier (luthier being the name for someone who builds stringed instruments) by the name of Antonio Stradivari began building his own violins based off of the style of the Amati violins. It is possible that Stradivari was a pupil of Nicolo Amati but there is no proof to support this fact. He did however come from what we call the Cremona School. The violins produced by Stradivari between 1698 and 1725 are considered to be the most superbly crafted violins ever made. The fact that on May 16, 2006 a Stradivarius violin called “The Hammer” was sold in an auction for roughly 3.5 million US dollars shows just how valuable these instruments are today. (On a side note Stradivari used his Latinized name of Stradivarius on all of the instruments that he crafted.) The quality of the violins made in the early 18th century by luthiers of the Cremona School such as Stradivari have never been able to be successfully duplicated; this only increases the value of these original instruments exponentially. It is believed that environmental factors, (such as the climate at the time the wood was originally harvested and modern pollution) and chemical factors (such as the precise formula for the violin varnish and the glue used to hold the instrument together) make it impossible to duplicate the original models. By the end of the 18th century the violin was being mass produced (The first violin factory was founded around 1790 at Mirecourt, France, by Dider Nicolas) and thus the quality suffered. This was almost instantly seen as a mistake as the resulting instrument was not generally liked by musicians due to the inferior sound. Some improvements have been made since then and in the 20th century some violins were “electrified” similar to the electric guitar so that they could be amplified through external speakers. 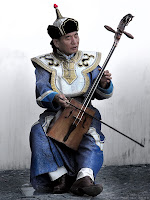 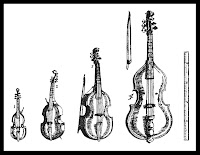