Title: West Side Story
Introduction Music: Chaconne for Violin - J.S. Bach
Narrated by Nicolas Caporale and recorded on August 28th, 2007
West Side Story was a musical that premiered on Broadway on September 26, 1957. The story was written by Arthur Laurents, and is loosely based on Shakespeare’s Romeo and Juliet, which in turn was based on Arthur Brooke’s narrative poem entitled “The Tragicall Historye of Romeus and Juliet” in 1562. Leonard Bernstein was called in to write the music and Stephen Sondheim wrote the lyrics. Bernstein also wrote music “On the Town” and “Candide” while Sondheim’s projects also include “Sweeney Todd”, “Into the Woods” and “A Funny Thing Happened on the Way to the Forum”.

The plot revolves around two lovers named Maria and Anton, and like Romeo and Juliet are forced apart by their opposing families. In West Side Story, the two families are actually street gangs known as the Jets and the Sharks. The Jets are made up of native Manhattan boys while the Sharks are made up of newly-arrived Puerto Rican immigrants. Maria has just arrived from Puerto Rico with her brother, Bernado, who is the leader of the Sharks. Anton, or Tony is a Polish-American and co-founder of the Jets. The plot takes place in West Manhattan in the mid 1950’s where there actually was an influx of Puerto Rican immigrants. Originally the plot was to take place in East Manhattan and focus on an Italian-American Catholic boy and an Israeli immigrant girl who had survived the Holocaust. The Sharks were originally a Jewish gang called the “Emeralds”. The main conflict would focus on anti-Semitism. This story was shelved for five years however because Bernstein, Laurents and Jerome Robbins (who would direct and choreograph the Broadway musical) felt the story was a little dated. In 1954 after seeing a wave of Puerto Ricans pour into the city, and reading about gang wars in the paper, the creators changed the characters to their present form.

As the story began to develop, the three creators asked themselves questions like “Should the play follow Shakespeare closely, almost paraphrase the original? Should it keep only key scenes and characters? Or should it simply use the original as a reference point and let the story wind its own way, led by the character of today's youth?” Arthur Laurents is quoted saying, “What we did want was to aim at a lyrically and theatrically sharpened illusion of reality. In the story, I have emphasized character and emotion rather than place-name specifics and sociological statistics. The dialogue is my translation of adolescent street talk into theater: it might sound real, but it isn't. The music has the feeling of juke box, of transplanted Puerto Rico, but the expression is pure Bernstein. The movement resembles jitterbugging in some places, street fighting in others, but it is all Robbins in dance.” In 1955 the creators teamed up with lyricist Stephen Sondheim and a year-and-a-half later rehearsals began. Robbins insisted on eight weeks of rehearsal because West Side Story was to have more dancing than any other Broadway musical to date. He also tried to keep the Jets and the Sharks actors separated during this time. The creators were constantly told that this project was doomed to fail. Bernstein is quoted saying “Everyone told us that [West Side Story] was an impossible project... no one, we were told, was going to be able to sing augmented fourths, as with "Ma-ri-a".... Also, they said the score was too rangy for pop music.... Besides, who wanted to see a show in which the first-act curtain comes down on two dead bodies lying on the stage? ...And then we had the really tough problem of casting it, because the characters had to be able not only to sing but dance and act and be taken for teenagers. Ultimately, some of the cast were teenagers, some were 21, some were 30 but looked 16. Some were wonderful singers but couldn't dance very well, or vice versa... and if they could do both, they couldn't act.” On a side note, the ending was also changed before the project was complete. Originally, Maria killed Chino and then herself at the end but preview audiences felt this was too depressing. An alternate ending was then used.

The show debuted on Broadway on September 26, 1957 and received mostly positive reviews, though there were a lot of negative reviews as well. Regardless of what the critics said, the show ran for 732 performances at the Winter Garden Theatre, which was a lot for that time. In 1960 it ran at the same theatre for another 253 performances and it also ran in London from 1958 to 1961 for a total of 1,039 performances. Robbins directed all of these runs.

In 1961 the musical was adapted for film and won 10 out of 11 Academy Awards nominations including best picture. It also won 10 Oscars. Robbins and Robert wise would direct the film, and Natalie Wood starred as Maria. Some scenes had to be changed in the adaptation to better suit the film medium. In the stage version, “I Feel Pretty” opens the second act after the deadly “Rumble” ends the first. “I Feel Pretty” was moved ahead to the bridal shop so that the story’s momentum could keep going after the fight. The location for “Gee, Officer Krupke” was also swapped with “Cool”. The stage version of America has different lyrics, and only has four girls performing it, while in the movie all of the Sharks and their girls are involved. Anita, Tony and Maria’s songs were all dubbed, though some to different extents. Betty Wand only overdubbed some of Anita’s songs and Marni Nixon only overdubbed the high or sustained notes that Natatalie Wood’s voice could not handle. She also overdubbed Maria’s closing line of “Don’t you touch him! Te adoro, Anton”. Nobody told Natalie that she was being overdubbed until all of her parts were filmed, in case she got angry and walked off the set. However, Marni never signed a contract though she was involved on a day-to-day basis. She felt she deserved some of the movie/album royalties but the studio and producers refused to pay her anything. Leonard Bernstein broke the stalemate by offering up a percentage of his income to go to Nixon. 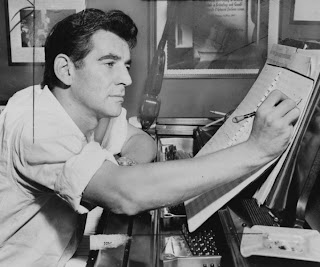