Impressionist music is now seen as a response to the Romantic period’s emphasis on individual expression. The major-minor tonal system had been almost completely explored by composers such as Richard Wagner. Claude Debussy is seen as the main proponent of the impressionist movement, even though he did not consider himself an “impressionist” composer and despised being described as such. Maurice Ravel and others who studied Debussy’s techniques are also considered impressionist composers, though no composer strictly adhered to Impressionist styles and his/her music can not be completely dumped into the category of Impressionism. Some of these other French composers include Paul Dukas, Gabriel Fauré and Erik Satie.

Impressionism, according to Grove Music Online is "A philosophical, aesthetic and polemical term borrowed from late 19th-century French painting."1 The term was coined in 1874 by art critic Louie Leroy after visiting an exhibition featuring works by Monet, Renoir, Degas and a handful of other French painters. Monet’s Impression, Sunrise was targeted more than some of the other works and thus the term impressionism was coined. These painters used innovative techniques to portray their subjects that differed from the current standards of painting in the French art scene during the mid-late 1800s. Some of these techniques included using short dark strokes to portray the essence of the subject2 rather than the subject itself, the color black was avoided, and wet paint is painted over wet paint before it is allowed to dry, which produced softer edges as the colors mixed. There are more techniques than this and these techniques were certainly used before, however the “Impressionists” were the first to use all them together. The effect that these artists strove to achieve was to portray the essence of their subjects, or rather recreate the human eye’s first reaction to a real-life subject.

The term “impressionism” was not wholly connected to music until the 1880s. The word was first used to describe music in 1887 by the secretary of the Académie des Beaux Arts to attack Claude Debussy’s piece entitled Printemps.1 Much like how impressionist art sought to give the effect that seeing something has on the mind impressionist music sought to do as well through hearing. Debussy was not the first to do this; Beethoven’s “Pastoral” symphony is considered by some historians to be an attempt to recreate impressions of nature through music. Many other composers even earlier during the Baroque and Classical periods sought to portray their emotions through sound, which falls under the idea of impressionism. Though it may not have been Claude Debussy that first applied the ideas of the Impressionist movement to music, he extended any previous attempts made by earlier composers as mentioned above to paint the visual world through sound alone. It was Debussy’s music that made the largest impact on the musical community and the future of Western art music. Some of the musical techniques that Debussy used to evoke impressionist sounds in the orchestra included having singers hum rather than sing, using muted cymbals and harp harmonics. Delius and Ravel would later also use a closed-lip choir after Debussy. These techniques were used to not only represent nature (like many of the impressionist painters chose to do) but to “reflect mysterious correspondences between nature and the imagination.”1

Advances in acoustics and the study of sound intrigued the impressionist composers and they used new techniques to affect listeners in different ways. The rules for creating progressions of chords were broken down and more emphasis was placed on creating progressions of colors and rhythms. Dukas stated “[it is] a series of sensations rather than the deductions of a musical thought.” Techniques such as adding ninths, elevenths and thirteenths to chords to extend the harmonies even farther than simple major and minor chords were used, as well as using wide ranges of dynamics (from really soft to really loud) and wide ranges in the instruments’ registers (low notes versus high notes). Parallel chords were used by having all the musical lines move in the same direction. For example, if the melody moved up a major 3rd, so would all the other lines at the same time. This technique is also called planing. Sometimes 3rds were omitted and fourths and fifths were stacked upon each other creating quartal and quintal chords. The strong V to I cadences (also known as authentic cadences)used so much in Baroque, Classical and early Romantic music was often substituted for V9 to I or even III to I cadences. A cadence, for those of you unfamiliar with the term is the musical punctuation ending a phrase of music. Here is an example of an authentic cadence where the “five” chord moves to a “one chord”. Here is what it sounds like with a five-nine chord, when the ninth is added to the chord. Here is what it sounds like when the “three” chord is substituted for the “five” and goes cadences on “one”. The goal as composer Dukas puts it is not to create dissonances but “make multiple resonances vibrate”. It was believed that these techniques would have subtle effects upon the listeners’ nervous system, accentuating the impression of the subject the composer wished to portray. Some popular subjects were water, fog, clouds, and night, and the impressionist composers tried to “paint” these subjects with sounds. Nature was a popular subject in impressionist music, as in impressionist painting. Timelessness was a sensation written into the music, and to achieve this composers used extended tremolos (playing the same note repeatedly very fast), certain types of repetition of melodic fragments, and non-traditional scales such as pentatonic (only has five notes) whole tone (no half steps in between any notes) and medieval modes. The pentatonic modes used in Javanese gamelan music had a great influence on Debussy when he heard them at the Paris Exposition Universelle in 1889.

Impressionism was a brief period in the history of Western music that followed the Romantic period. By the twentieth century the movement fizzled out, but its techniques did not vanish. Neo-impressionism emerged as composers fused techniques made popular by composers like Claude Debussy with new innovations of their own contriving. 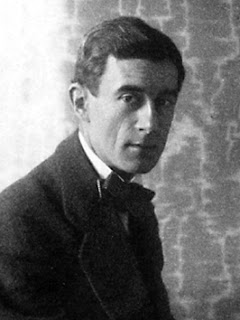 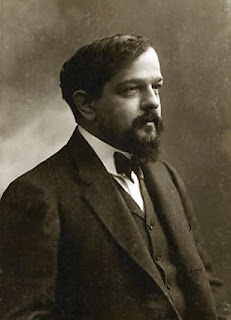